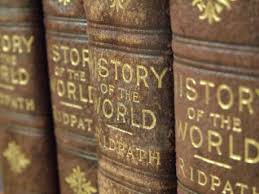 Since the nomination of Donald Trump, I have railed against him in many forums, including occasional public venues where I should know better. I am happy to continue to do so but I find myself irritated by many others who are promoting the same agenda that I am in a way that I find counter-productive, and even offensive. So, I’m going to tell you why.

Knowing that few people take the time to read more than four sentences, I will get some points across up front so you can decide whether to invest additional minutes or not.

For those of you making the comparisons to Hitler and Putin and Nazis and Russia, you really need to study your history for these comparisons are inaccurate and even disrespectful to those who lived through the real thing. You don’t need to look back past my own lifetime, or even consider history outside the US. Most of the things that you are hysterical about possibly happening, and worse, have already happened here, and in my lifetime. We survived and grew stronger and better because of them.

We don’t need to make America great again – she has always been great. We need to continue to make her greater, and that initiative has lapsed in recent years.

And we’re not going to accomplish anything by raising the specter of Hitler and Putin to scare ourselves and others, and to reinforce our own beliefs and try to frighten others into agreeing with us.

Trump’s election is not the end of America as we know it. In fact, it is a validation of America. We have as a President-elect a man who lost the popular vote, who lied, bullied, cheated, and acted in the most vulgar way possible to get elected, and who is by all current, available measures, manifestly unfit for the office.

And yet he was peacefully elected. And he will serve after a peaceful transition of power. And he will function within the limits of our form of government and culture. He will do bad things, but not as many as you imagine. He will do good things, whether by accident or intent. He will be replaced, hopefully in four years, by someone else who will continue the traditions of America.

Final note – please don’t tell em “yeah but this is different.” Take a look at this post to see why those living the history always think it’s worse than ever before.