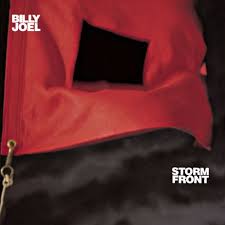 In 1989, Billy Joel released the album Storm Front that included the No. 1 hit single, We Didn’t Start the Fire. In it, Joel recounts, in rapid-fire lyrics, 119 significant historical events that took place during his life as a reminder to us that history continues, regardless what we remember or how we remember it. Everything that we live through, and that we live with today has many, many historical precedents.

The thing about history is that knowing it and living it are two very different things. Those who lived it didn’t know the end of the story, they were busy making the end of the story. The further we get from the actual events, the more we forget that and discount the importance to them of what was happening.

Here is an example: the 1940 London blitz of WWII. Admittedly an extreme example. Bombs were dropping daily, the city was being systematically flattened and in ruins, fires raged uncontrolled, thousands died, children were taken from their homes and families and evacuated to the country. Londoners did not know when or how or even if it all might end. It happened again the next day, and the one after that, with no respite. Their future looked bleak and gloomy, and despair must have been the predominant emotion. For them, democracy dying in darkness was not just a possibility, it was a probability.

In the end, of course, the Brits and their allies prevailed, and Nazism failed, at least overtly. On the other side of the conflict, the Germans later suffered as much or even more destruction, but they also prevailed. Just look at the German leadership in the world today. They lost the war, but they didn’t lose history.

History, as it is happening, is the most important thing ever to those who are living it.

There are many more examples in modern American history alone of historical precedent to our times. Japanese internment camps vs. Muslim bans; the civil rights movement vs. the LBGTQ movement; AIDS vs opioids; McCarthy and Communism vs. ISIS and sharia law; feminism vs. #metoo; Viet Nam vs. Afghanistan/Iraq/Syria; Watergate vs. Russian interference; Trump vs. Nixon; and so on. All of them have a precedent. And the precedents have precedents. That is how history works. And, at the time, no one knew how these chapters would turn out, and they were, therefore, the most important thing ever.

Today we are experiencing dramatic and possibly apocalyptic events. Evils that we thought were tamed have resurfaced; friendships and alliances are evolving, or trying to evolve, in ways that frighten us; threats to our very planet and survival seem imminent. But remember, quoting the words David Koepp put in Jeff Goldblum’s mouth in Jurassic Park, “Life finds a way.”

Life won’t be the same after the turmoil of today. We progress through learning, and we learn through experience. And the things we experience today – misogyny, racism, intolerance, greed, corruption, and all the rest – are being dragged into the light of day where we can see them clearly and where they command our attention. We can’t just continue to ignore them and leave them to percolate below the surface. They will get fixed, some before others. But eventually, all of them.